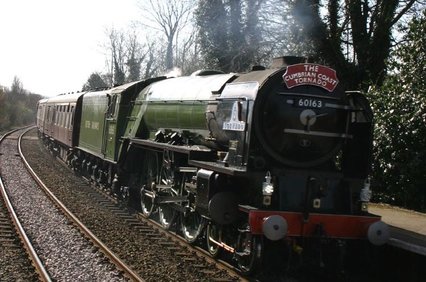 Come along to the Heritage Centre and Refreshment Room at Carnforth station and take a step back in time. Opened in 2003 following an extensive renovation project, the centre attracts visitors from all over the world who come to experience the 1940s’ atmosphere of David Lean’s film ‘Brief Encounter’ which was filmed here.

Look out for the famous Carnforth station clock made by Joyce of Whitchurch in the late 19th century which features in the film before wandering through a fascinating range of exhibitions dedicated to the film and railway memorabilia in the Heritage Centre.

With a superb range of homemade food on offer, a visit to The Refreshment Room, in all its 1940s’ period glory, will complete your day.

We hope so too! https://t.co/tx1ieTNosD

Certainly been a rollercoaster these last few days Janet. https://t.co/mdQlDRpmGd

On Thursday 2nd Dec., the walk starts in Arnside and goes over the Knott to Silverdale. Well worth watching. https://t.co/RfBIIRkbNn