We work in partnership and aim to achieve • an outstanding landscape, rich in wildlife and cultural heritage • a thriving, sustainable economy and vibrant communities • a strong connection between people and the landscape 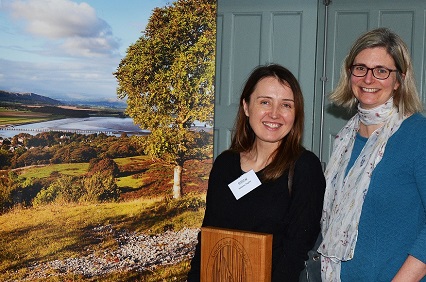 The Bittern Awards were launched in 2008 to recognise groups, organisations or individuals who have made an outstanding contribution to Arnside and Silverdale Area of Outstanding Natural Beauty.

The current holder is Feleena Taylor who was nominated for her commitment, energy, enthusiasm and hard work in setting up and leading the AONB’s “Walks for All” project. To learn more about Feleena’s story, visit our News page at https://www.arnsidesilverdaleaonb.org.uk/congratulations-feleena/

2016 Rob Petley-Jones  – for his outstanding work at Gait Barrows National Nature Reserve to ensure that this special limestone landscape has been managed in a way that conserves its iconic habitats and species.

2015 Peter Standing – for his work managing the Arnside/Silverdale AONB Landscape Trust’s annual event programme since 2010; attracting, entertaining and informing many local people and visitors to the area.

2012 Ann Kitchen – for her work as Chair of the Bittern Community Interest Company, in particular for setting up the AONB community solar photovoltaics initiative; and also her longstanding contribution to biodiversity recording as part of the Arnside Natural History Society

Autumn is a great time for #walking in the #AONB. Enjoy a stroll through our beautiful woodlands as the leaves chan… https://t.co/qqwcP6ax0n

It’s going to be another lovely day here in the AONB. https://t.co/fGIhgjXr0K