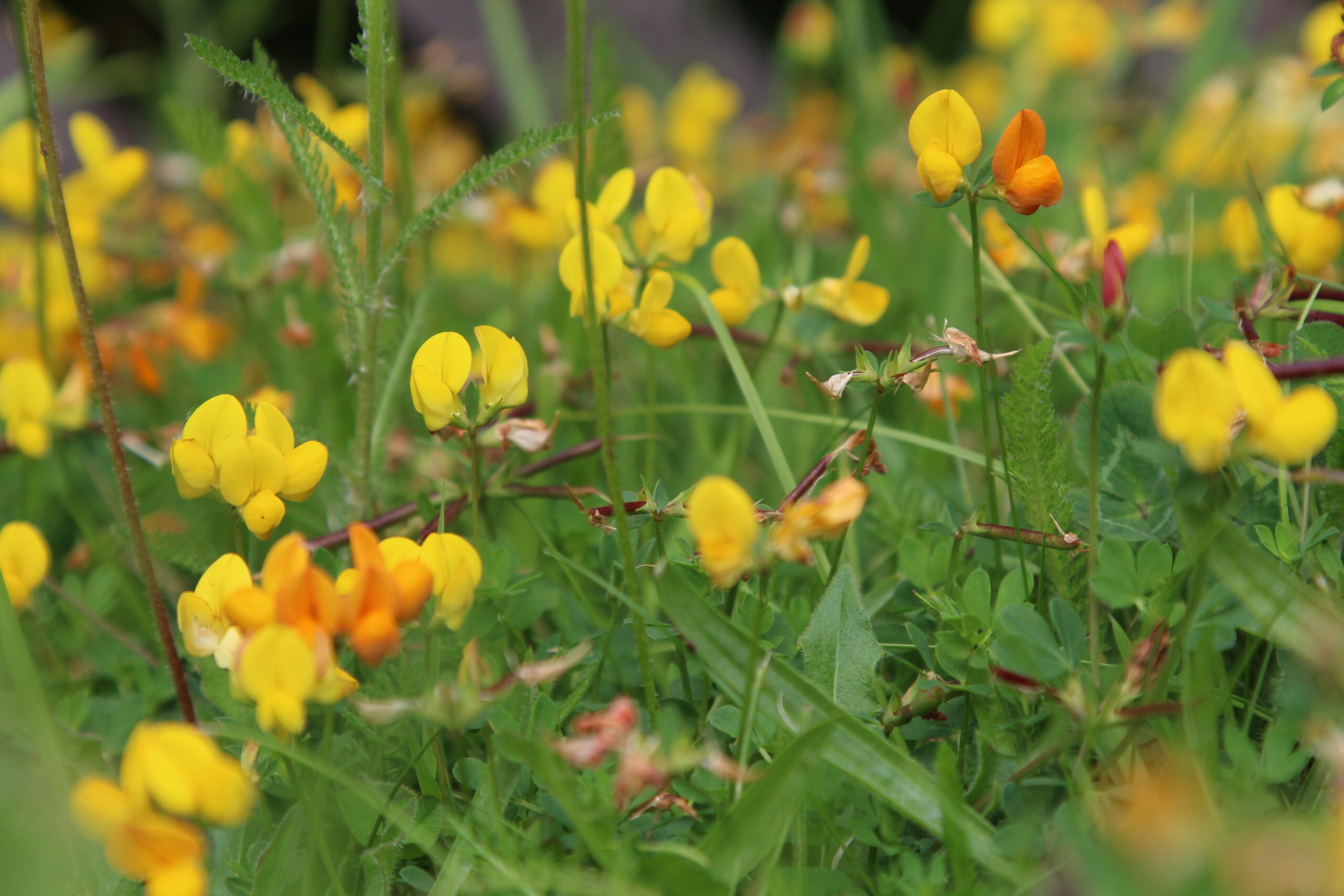 We work in partnership and aim to achieve • an outstanding landscape, rich in wildlife and cultural heritage • a thriving, sustainable economy and vibrant communities • a strong connection between people and the landscape

Meadow Makers is a National Lottery Heritage Fund Green Challenge Recovery Fund project, led by Plantlife, and is part of an effort to restore meadow habitats nationally. Within the Arnside & Silverdale AONB the project is working to enhance 11 meadows and limestone grassland sites across the area.

Why Grasslands Are Important

As is widely quoted but never easy to read, meadows and other species-rich grasslands now cover less than 1% of the UK. Since the 1930’s 97% of species-rich grasslands across the country have been lost, both to intensification; such as increased livestock numbers, application of slurry and artificial fertilisers, and abandonment, with rough pasture generally being more difficult to access or utilise the grazing with more continental breeds.

Well-managed grasslands support a wide range of plants, fungi, insects, reptiles and ground nesting birds such as skylarks, curlews and meadow pipits. Insect pollinators in particular need wildflower-rich grasslands to provide food (pollen and nectar), with these in turn providing food for other wildlife including birds and bats.

Over the past few years, however, this has started to shift, with growing numbers of nature reserves, farms, verges and gardens working to increase the botanical species diversity of their grasslands, and in helping to increase insect, bird and mammal numbers.

You can find a number of different species rich grasslands in the AONB including lowland meadows, limestone pastures, fen, floodplain meadows, orchards and verges.

The Meadow Makers Project in the Arnside & Silverdale AONB

As part of the project we have been undertaking activities such as:

Maintaining healthy meadow habitats isn’t as simple as planting some seeds and leaving them to it – meadows need to be harvested at the right time of year and properly managed over a long period in order to flourish. We have also facilitated training sessions in traditional meadow management techniques – including a scything refresher course from Steve Tomlin. 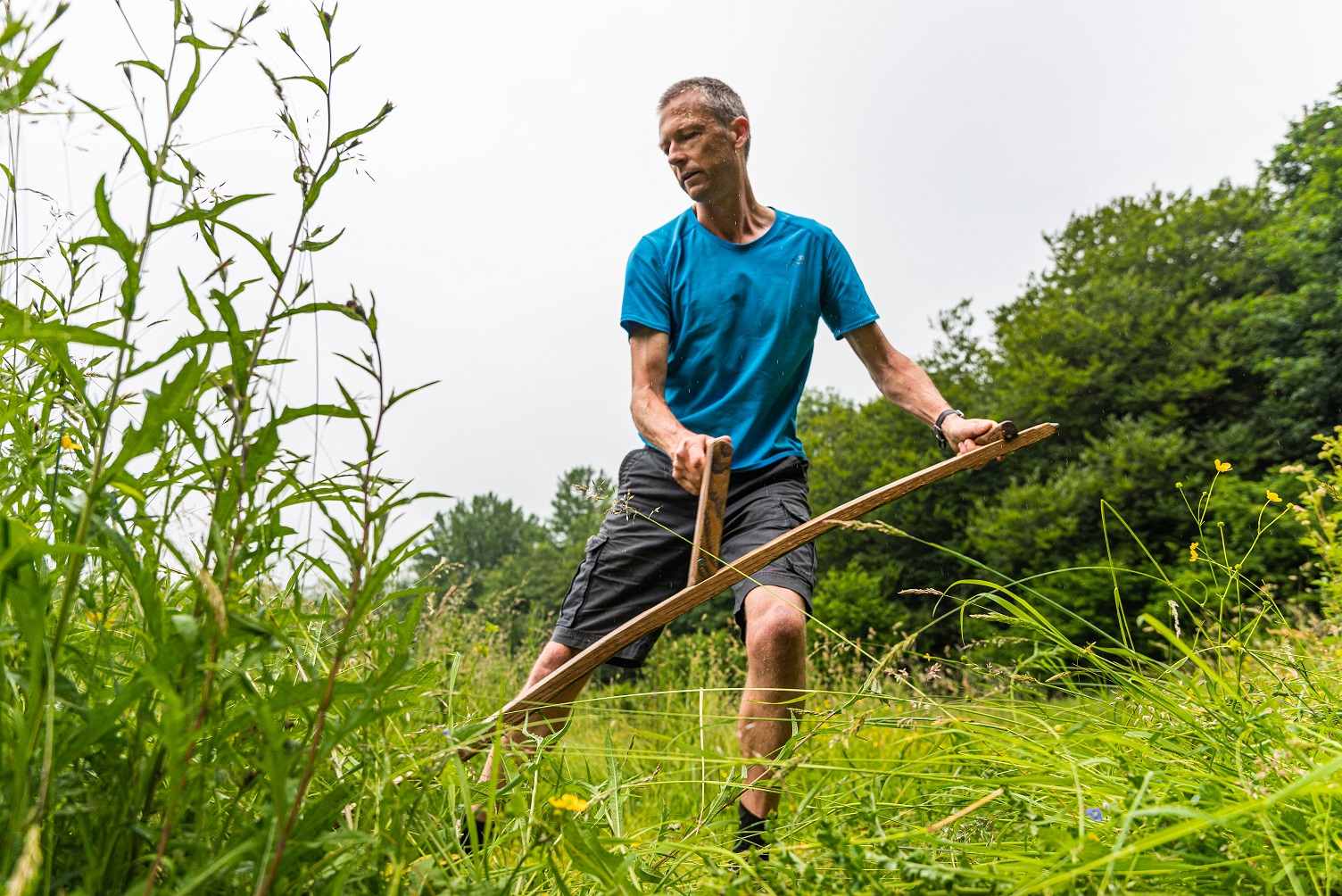 Image: Bay Photographic
We also celebrated National Meadows Day 2021 with a combination of a schools event with Arnside National School in Coldwell Meadows, a stall at Warton Crag quarry meadow for the general public and online activities including a wide range of colouring sheets. The Landscape Trust also organised a walk in Coldwell Horseshoe for National Meadows Day.
A healthy meadow habitat is a biodiverse one – so look out for lots of different species of plants and animals. Meadows should be noisy and full of life. Some of the meadow plants we are focusing on include yellow rattle and eyebright, which are semi-parasitic and therefore keep grass in check – giving other wildflowers the room to flourish. We’re hoping to see species such as bird’s foot trefoil, ribwort plantain, red clover and rough hawkbit making inroads into meadow habitats; these species will eventually be followed by popular plants such as orchids. 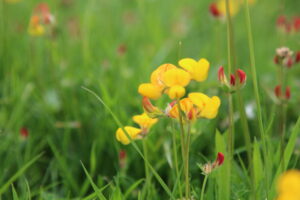 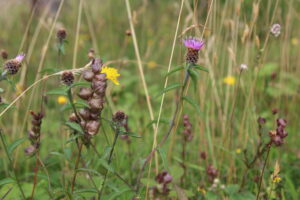 Find out more about managing meadows:

Some links to useful info on managing and creating species rich grasslands:

People have been fascinated by Orchids for generations. We have 15 of the 50 or so orchids native to Britain in the… https://t.co/Fsq7SWTsIR