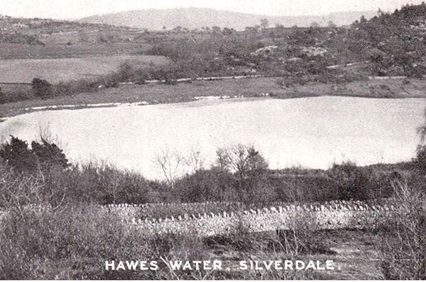 Natural England have been granted funding to carry out restoration work at Little Hawes Water in the Gait Barrows National Nature Reserve. During the works, some footpath closures will be in operation for safety reasons. You can find alternative routes on the map provided.

If you wish to find out more or discuss the work with the team, they are holding a drop in session on Saturday 3 February between 10am and 1pm in the Green Room of the Gaskell Memorial Hall, Silverdale.

The aim of the project is to restore two rare priority habitats (marl grassland and alkaline fen) which provide homes for rare plants such as bird’s-eye primrose and fragrant orchid. It will also reconnect the grasslands and fen on the lake edge to the adjacent grazed pastures.

In order to deliver these changes, the following work is planned:

For more detail, see the Natural England project overview and the map of planned work.