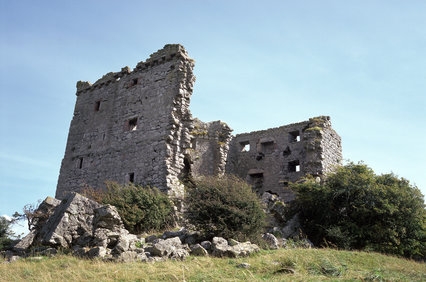 Look out for The Three Towers, three of only four sites in Arnside & Silverdale AONB with substantial stone built remains of medieval domestic buildings.

The use of the term “tower” is a little misleading, as only Arnside Tower is a true tower house. Beetham Hall is a fortified manor house with a hall and solar wing. Hazelslack now stands as a tower-like building but was originally probably part of a larger hall, the foundation outline of which can still be seen at ground level.

The fourth site of medieval interest is Warton Old Rectory, a 14th century dwelling house which was not only a home for the rector of the local church, but was also a manor where courts were held.

Read our latest June newsletter to find out what’s going on in the @Arnside_AONB and keep up to date with news from… https://t.co/ExLzxpiWQy

Lots of little mouths still to be fed. https://t.co/3pX0BnGPRD

We are celebrating volunteering all this week in tribute to all our hard working volunteers in the @Arnside_AONB he… https://t.co/50mh0qs2kA

Our volunteers carry out a variety of tasks in the @Arnside_AONB including maintenance of Rights of Way fingerposts… https://t.co/MKvlqZgdAk