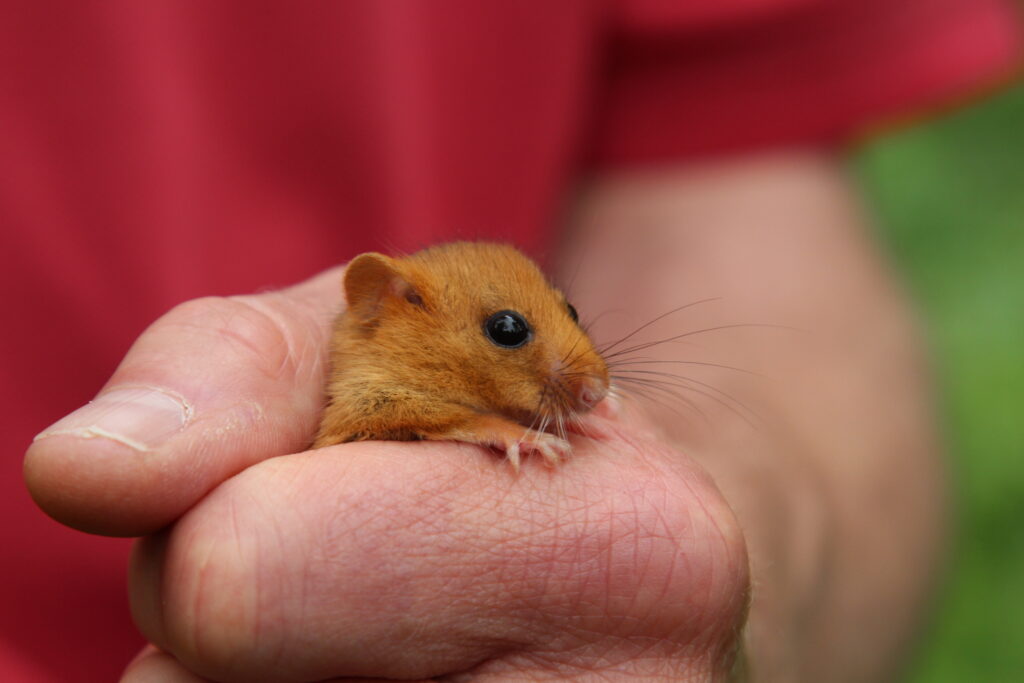 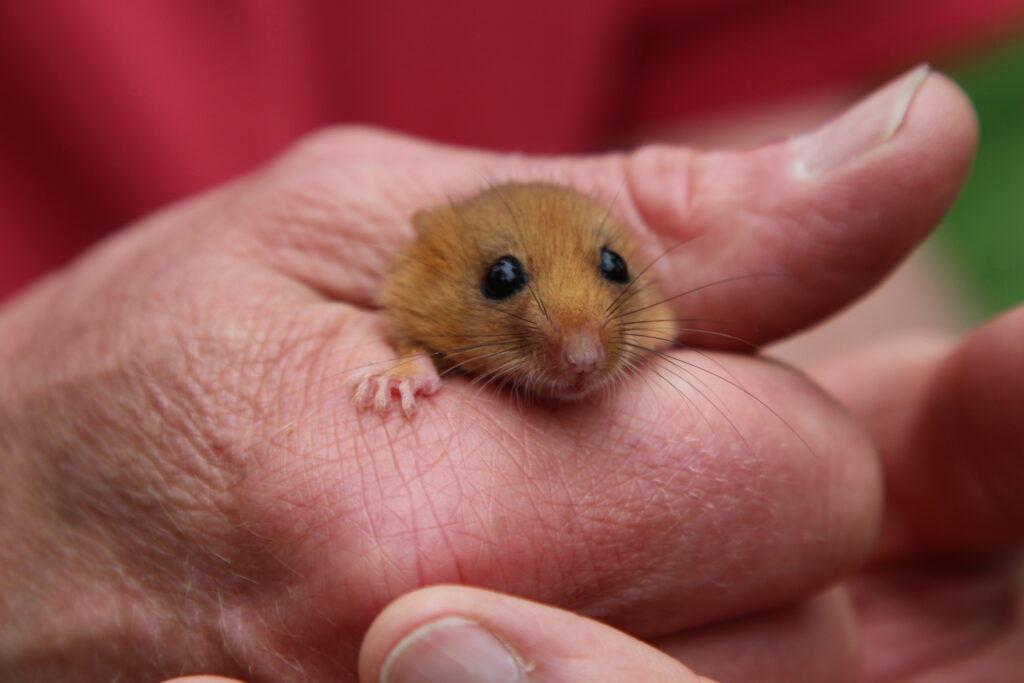 In June 2021 the hazel dormouse (Muscardinus avellanarius) was released into an undisclosed location in the Arnside & Silverdale AONB.

With their soft caramel fur, furry tail and big black eyes, hazel dormice are undoubtedly endearing, but sadly their numbers have declined by a staggering 51% since 2000, according to PTES’ State of Britain’s Dormice 2019. They are also considered extinct in 17 English counties. Carefully releasing healthy, captive bred dormice into the right habitat (that is maintained via correct woodland management practices) is the key to bringing these charismatic creatures back from the brink.

This reintroduction was a collaborative effort, with organisations such as the People’s Trust for Endangered Species, the Back on Our Map Project and Natural England working with dedicated local volunteers.

All dormice being released have been captive bred by members of the Common Dormouse Captive Breeders Group, including Wildwood Trust. Before being released into their new home, every dormouse undergoes a nine-week quarantine period at ZSL (Zoological Society of London), where vets conduct regular and thorough health checks. This ensures that each animal is fit and healthy prior to release, giving them the best chance of forming a healthy population in the wild.

The exact location of the release is currently unreleased, as it’s important that the dormice are left undisturbed for as long as possible to settle in. It is also necessary to have a licence to handle or otherwise disturb the hazel dormouse.

We very much hope that the released dormice settle in well and become another brilliant feature of the Arnside & Silverdale Area of Outstanding Natural Beauty.

Did you know that the AONB team has been working with consultants on a detailed geology audit across the AONB & on… https://t.co/KPsYvBqKn4

Indeed a good day’s work Julia. Thanks for sharing. https://t.co/hCXdyP91Gw