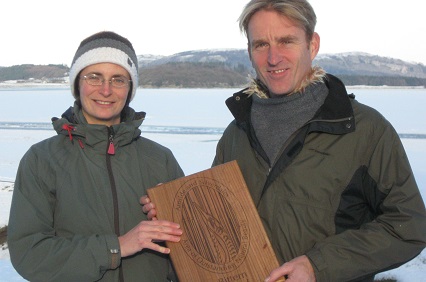 The Bittern Awards were launched in 2008 to recognise groups, organisations or inidividuals who have made an outstanding contribution to Arnside and Silverdale Area of Outstanding Natural Beauty.

2012 Ann Kitchen – for her work as Chair of the Bittern Community Interest Company, in particular for setting up the AONB community solar photovoltaics initiative; and also her longstanding contribution to biodiversity recording as part of the Arnside Natural History Society

If you know someone who has worked tirelessly for the AONB, why not nominate them for the 2015 award using the form. Nominations must be received by 1 December 2015.