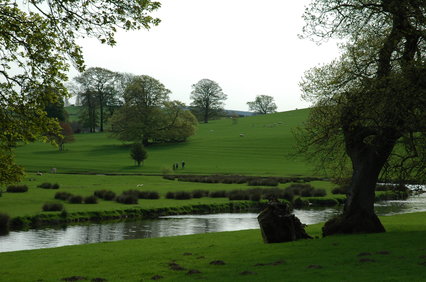 In spring 2014, five writers went to North Devon to explore what the rural environment means to its people. They got to know old farming families, incomers and returnees. They met rural life in mugs of tea at farmhouse kitchen tables, on windswept hills, under rusting barn roofs and from backies on a farmer’s quad bike. These encounters and conversations fed the writing of The Common, a performance work of five dialogues about life and land.

Two performers (Charlotte Melia and Martin Hyder) play ten characters examining their relationships with each other and the landscape which connects them with life itself.

Rural arts organisation and cultural ambassadors for North Devon’s Biosphere Reserve, Beaford Arts initiated this project. “In north Devon, we’ve always known the value of our land.” says Mark Wallace, Director of Beaford Arts “Now, as a UNESCO Biosphere Reserve and as one of Natural England’s Nature Improvement Areas, we’re increasingly under the national and international spotlight. But it’s the rural communities, living with the land for generations, who made this landscape. This new show is about the values we still hold in common – about the voices which should still be heard.”

Six months on from its world premier in North Devon, The Common is going on tour, with an exclusive showing at Defra’s Headquarters in London and then to three other NIAs – Meres & Moses, Morecambe Bay and Wild Purbeck. The Common is a local play with national significance, it captures the environmental zeitgeist and its universal relevance makes for vital viewing in every rural community.